Lessons From the Labyrinth 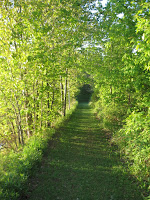 I was walking the labyrinth at our Women’s Retreat at Mount Alverno early on Sunday morning. Unlike a maze, a labyrinth has no blind alleys or multiple choices in direction. You can go forward or back but you can't get lost. The path simply winds in and out and around the circle a number of times before it finally reaches the cross at the centre. It is supposed to represent the spiritual journey we are all on in the course of our lives. I was praying for our adult children as I walked and a number of insights came to me as I followed the convoluted path in front of me.


1.      Every person’s journey is different and if I am looking on from the outside I cannot see the entirety of the path. It would take looking down from above to be able to see how the twists and turns ultimately lead to the centre. Watching someone else walk it from the outside, I would just have to trust that the designer of the labyrinth knew what He was doing. There are no shortcuts and there are no wasted steps. He has a purpose in every one of those twists and turns.


2.      There are times when the person on the path is actually walking away from the centre so that from the outside it appears they are going the wrong way. My instinct would be to try to get them to turn around but that would be wrong. There was even one spot on the path where the centre was entirely hidden from sight by the intervening bushes and shrubs. It would be a mistake for me to try to direct someone else’s steps when I can’t see the big picture. I had to admit that I would need to let go and let them walk on their own. I would need to stop trying to direct their steps. That’s God’s job. The only good advice would be to keep putting one foot in front of the other no matter what it looks like. There are bad patches. You never know what you might encounter but the path takes you through those and eventually gets you to your destination.


What is my part? I can cheer them on from the sidelines and maybe offer refreshment along the way but the biggest thing I can do for them is pray. How do I pray for my children who are walking their own journey? Intercession…spiritual warfare… I found myself praying that they would keep moving forward, always forward, and that God would protect their lives so that they would have the chance to go the entire distance. I prayed against the lies and schemes of the enemy that would seek to confuse and deceive. I prayed that chains would be broken so that they would be free and able to keep walking. Depression can stop a person in their tracks. I prayed that they would be able to recognize those things that entangle their feet and hold them back.
How do I know they are even on the path? We started them on that path when they were children and we gave them back to God. He hasn’t forgotten. That gives me confidence. Beyond that, I just have to trust and that’s part of my own journey.
Posted by Robin at 5:15 PM No comments: 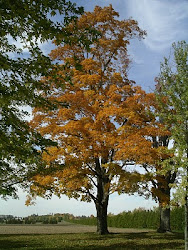